Home  >  Past Winning Entries  >  According to Their Kinds

According to Their Kinds 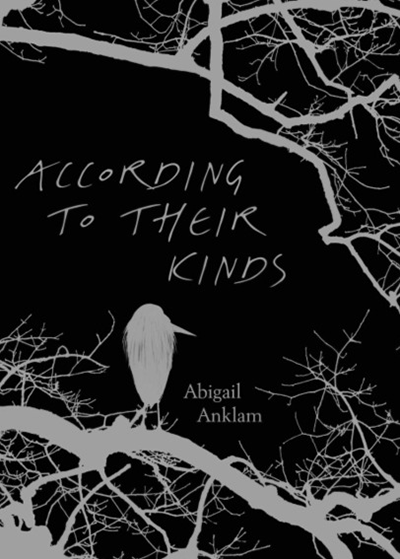 This slim volume of animal-centered short stories was among my favorites this year. In According to Their Kinds, Abigail Anklam uses her knowledge of the physical and emotional life of animals to create six entertaining yet disturbing short stories.

Annie Keithline, one of our contest screeners, has this to say: "These stories, which ten years ago might have only been curiosities, now contain a new political, even subversive layer, simply because they place animals—real animals, not anthropomorphized—at the center. The book also addresses issues like extinction, animal intelligence and the exploitation of animals directly." This spot-on comment has taken on even more urgency with the recent news that a billion animals have died in the Australian Bush fires.

The writing, according to Keithline, "is simple and supple, some of the best of the year." I wholeheartedly agree, and would add that the writing is lyrical and metaphorical, yet understandable and accessible on a narrative level. The copy was clean and well-edited with impressive levels of scientific knowledge and accuracy.

One of the questions I ask during the judging process is whether or not the entry stays in my mind days or weeks after my initial read-through. Several of the stories, especially "The Great Avicide", haunted me for weeks. The story is too suspenseful to be given away by a spoiler alert, but suffice to say it has a Hitchcockian, insomnia-inducing slant. To paraphrase a quote I came across recently: the truth doesn't have to be plausible because it's the truth, and there is proof that an implausible event has happened. Fiction, however, according to the quote, must be plausible for the opposite reason. The events in "The Great Avicide" may seem implausible to the reader, but current environmental catastrophes make this implausible story hauntingly plausible.

"The sky was rosy and warm, the sun a ruby too hot to look upon. Abai sat on the ledge and watched it drip behind the horizon. He meant to descend himself but his body ached and his heart felt heavy and pinched."

Another favorite story centers on dolphins living in a Sea World–type aquarium. While the animals remain center stage, the writer explores the very strange thoughts and emotions of a young worker who sneaks in after hours  to train the dolphins. Events unfold in a cascading way that makes the reader turn the page. Again, no spoiler alert here.

The judges had a few concerns. The first two stories were the weakest. I didn't quite grasp the ending of the first story. The volume is thin, and while it was a very enjoyable read, it did not have enough heft to leave the reader feeling fully sated. I hope the writer is able to place some of her short stories in mainstream journals and that she can secure a traditional publisher (if that is her goal) for her next book to gain the wider attention she deserves.

Read an excerpt from According to Their Kinds (PDF)

Buy According to Their Kinds from the author's website