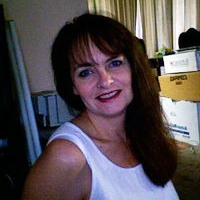 Anna Scotti is a poet, writer, teacher, and public speaker living in Southern California. Her work has been awarded prizes by numerous literary magazines including Chautauqua, Compass Rose, The Comstock Review, and Crab Creek Review.  In 2015, Nikky Finney selected Anna's poem "Tanager" for the Pocataligo Prize (Yemassee), and Aimee Liu chose Anna's story "They Look Like Angels" for the Orlando Prize for Short Fiction (AROHO).  Anna is working on a collection of poems which will include her award-winning poem from the 2010 War Poetry Contest, "This Is How I'll Tell It When I Tell It to Our Children". She earned an MFA from Antioch University in 2007.

Winning Entry: This Is How I’ll Tell It When I Tell It to Our Children