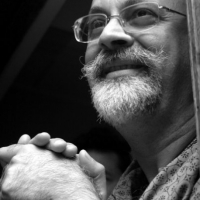 Boman Desai grew up in Bombay (now Mumbai), but has lived his adult life mostly in Chicago. After studying Architecture and Philosophy, and getting degrees in Psychology and English, he was set to become a market analyst when a chance encounter with Sir Edmund Hillary, his earliest hero (who had an office two floors above his own), brought him back to his vocation: writing. He took a number of part-time jobs ranging from bartending to teaching to find time to write. He got his first break when an elegant elderly woman personally submitted a number of his stories to the editor-in-chief of Debonair (a Bombay publication). The stories were all published, but the woman disappeared, and her identity remains a mystery to this day. He has since published stories, articles, and novels in the US, UK, and India. He won an Illinois Arts Council Award, the Stand Magazine prize for fiction (an international competition), and the Dana Award for novels. He has taught at Truman College, Roosevelt University, and is currently on the faculty of the Stonecoast MFA program at the University of Southern Maine. Among other things, he is a Brahms scholar and an amateur musician.