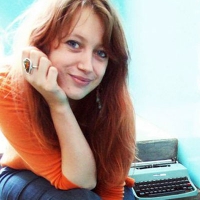 Claire Askew's poetry has appeared in a variety of publications, including Poetry Scotland, The Edinburgh Review, The Guardian and PANK. Her work has also appeared in numerous major UK anthologies, most recently Be The First To Like This: New Scottish Poetry (Vagabond Voices, 2014) and Hallujah For 50ft Women: Poems About Women's Relationship to their Bodies (Bloodaxe, 2015). In 2012 Claire won the inaugural International Salt Prize for Poetry, and in 2014 she was awarded a special runner-up prize at the inaugural Edwin Morgan Poetry Award. In 2013, she completed a PhD in Creative Writing and Contemporary Women's Poetry with the University of Edinburgh, and This Changes Things, the poetry manuscript submitted for that PhD, is forthcoming from Bloodaxe in early 2016.  Claire works as a Project Co-Ordinator for Scottish Book Trust and as a writing tutor for feminist writing programme Write Like A Grrrl.  She lives in Edinburgh, Scotland and blogs at onenightstanzas.com.