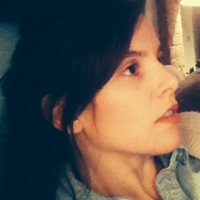 Courtney Campbell studies fiction with Columbia University's creative writing program. Before that, she was an oil and gas lawyer in New York City. And before that, she thought "playing outside" meant climbing trees to read books in peace.

Courtney lives in Brooklyn with her Siamese cat, Bianca Marcel. She writes about women and outcasts and mental illness. She thinks "Astral Weeks" by Van Morrison is the best album of all time. This is her first nonfiction contest.