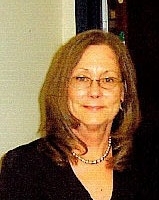 All of Jan Breen's experiences evolve from her work in education and the professional theater. She has both a BA and a MA in theater. Jan is a recipient of the Geraldine R. Dodge Foundation Scholarship for 2007 and has twice received the Outstanding Teacher of the Year Award and the Golden Apple Award three times. Working with and directing students have given her the chance to develop her own writing. "Defrosting the Freezer" was published in The Briar Cliff Review, May 2007. Jan was awarded First Prize in the 14th annual Tom Howard Short Story Contest in 2006 for "Geraldine Fitzgerald & Saint Patrick's Day in Pittsburgh". Awards for her novel, Epiphany, include: Finalist for the 2014 Gival Press Novel Award, semi-finalist for Black Balloon Publishing's Horatio Nelson Fiction Prize, and semi-finalist in the Pirates Alley Faulkner Society's Faulkner/Wisdom Creative Writing Competition. Jan has received a Fellowship in the Martha’s Vineyard Writers’ Residency, as well as a Geraldine R. Dodge Grant for scholarship, with a residency at the Fine Arts Work Center, Provincetown, MA. She is a charter member of the Pitman Writers' Guild. Jan lives with her husband, a Rowan University professor and scenic designer, and daughter in southern New Jersey. She hopes to complete her first book before total senility sets in.

Winning Entry: A Standing Ovation for my Father