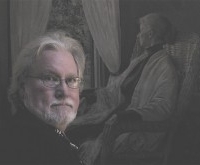 Robert Hill Long is the author of four books of poems, most recently The Kilim Dreaming (Bear Star Press, Dorothy Brunsman Prize), and of the flash fiction collection The Effigies (Plinth Books). His book of war poems Walking Wounded, forthcoming in June 2012, will include work he has submitted to the War Poetry Contest over the past 8 years. Raised in North Carolina, he has lived in Eugene 20 years. His work has appeared in journals across America, and his awards include fellowships from the National Endowment for the Arts and the Oregon Arts Commission. He is a two-time winner of the War Poetry Contest (2004 and 2009).

Winning Entry: Abu Golgotha, The Red and the Green