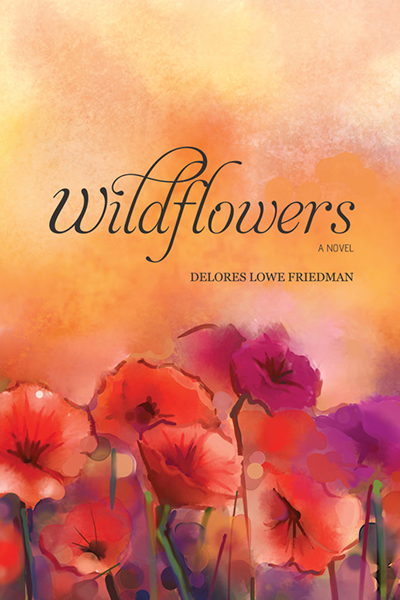 Delores Lowe Friedman's Wildflowers is an emotionally rich and intimate novel that follows a decades-long friendship among three Black women in New York City. Their complex and shifting relationships encompass crisis support, joys and secrets shared, estrangement, and jealousy. This story celebrates the power of women's bonds, but also shows how intimacy can be shattered by projected insecurities. A lost friend can be as life-defining as any romantic breakup. Wildflowers explores this truth in honest detail.

The main storyline takes place in 1992, with flashbacks at the end of each point-of-view chapter to pivotal moments in the women's childhood and adolescence. Camille is a hardworking assistant principal in Williamsburg. She dreams of becoming a writer, but her job and single motherhood leave her little time for herself. Saundra is struggling to re-enter the working world and keep herself and her child safe from an abusive husband just out of prison. Jewel is outwardly the most successful of the three, having founded a talent agency for Black models and actors, but inside she still feels like an impoverished and unwanted little girl.

When Camille sees Jewel on television, she tries to reconnect the three old friends, who have drifted apart since their turbulent college years in the 1960s. However, the same fault lines resurface in their relationships, and each woman must decide whether she can break old patterns.

Wildflowers is a relatable and compassionate story about the traumas that many strong women are carrying in secret. Beneath Camille's no-nonsense persona is a soft and loving woman who hardly dares to dream of receiving the care that she bestows on others. Saundra's path to success doesn't look like the college career her parents wanted, but she has gained perseverance and wisdom through life experience.

Jewel's obsessive pursuit of a married man is cringe-worthy and painful to watch, as is her growing paranoia about her friends' judgment of her. Yet it all stems from a childhood where she was made to carry the shame of her mother being a prostituted woman. Through the years, Jewel relies on Camille and Saundra, then lashes out at them because she can't stand them knowing her vulnerability.

I have known people like all of these women. I rooted for Camille and Saundra, and became frustrated when Jewel made no progress on self-knowledge. However realistic the latter's arc—or lack of one—was, I sometimes felt that her character was exaggerated and not nuanced enough. By the time I reached the middle of the book, there wasn't much suspense about how she would behave. I would have liked to see her having some episodes of remorse, self-restraint, and unselfishness toward her friends, so that it would be more dramatic if she ultimately slid back into her wounded misbehavior.

The love interests for Camille and Saundra were likeable, distinctive and quirky characters, and the women's ambivalence and slow building of trust were realistic. One could quibble that these men were a little too perfect, but I don't have a problem with a feel-good ending after everything these women went through.

Once I got into the flow of the story, I understood which parts of the chapters were flashbacks and could figure out the general time period from textual cues. However, this device was confusing at first, because the time shift was not explicitly noted in the section breaks. It's always better to give the reader a specific anchor point in space and time, rather than risk them being pulled out of the story because they need to play detective. Sub-headings are your friend.

The writing was eloquent, and the book was laid out in an attractive and readable font that was mostly free of typos (except this former New Yorker noticed that "Bleecker Street" was misspelled without the C). Wildflowers would be an excellent book club read.

Read an excerpt from Wildflowers (PDF)