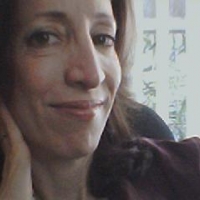 Alicia began writing early and often, with her first published poem at age 9 and a prizewinning jingle for KFC at 11. She placed in the finals of a national high school creative writing competition, and went on to a career as an actor and then as a talent agent in Los Angeles. For many years her writing was confined to redlining contracts and editing other people's emails, but recently she has taken up pen (mouse?) again and read her work at Hotel Café, Fake Gallery and Beyond Baroque. Alicia's poems have been published in small press anthologies, and she is shopping around an idea for a book based on the fine art of damning with faint praise.