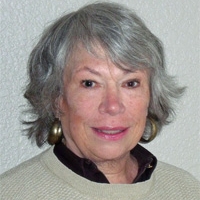 B.F. McCune has been writing since age ten, when she submitted a poem to the Saturday Evening Post (it was immediately rejected). This interest facilitated her career in public relations and also in freelance news and features. But her true passion is fiction, and her pieces have won several awards. Her first novel, A Saint Comes Stumbling In, was published early in 2012 by Inspired Romance Novels; and a novella, Irish Episode, is available at Amazon Kindle. Her other fiction credits include publications in Infectiveink, the women's anthology Calliope, the Overtime chapbook series, On the Premises, and the website Alfie Dog. In fall 2012, one of her stories is to appear in Best New Writing. For reasons unknown (an unacknowledged optimism?), she believes one person can make a difference in this world. McCune lives in Colorado. Visit her at www.BonnieMcCune.com.