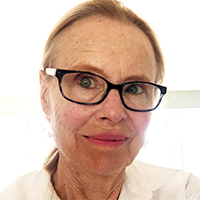 I was born in St. Louis, went to college in New York, went to the Harvard Graduate School of Education and the Yale School of Forestry and Environmental Studies. I taught math in grade school, high school and college, and worked in Urban Forestry and Coastal Research and Education. I go back and forth between New York City and Connnecticut.

Our May newsletter features the sixth installment of "The Love Song of J. Alfred Prufrock" by T.S. Eliot, illustrated by Julian Peters | createsend.com/t/d-BFCF4917BB… @jpeterscomics pic.twitter.com/SYfqBIXdFC

Deadline May 31: Flying South Prizes in Fiction, Nonfiction, and Poetry; submit unpublished work to win up to $1,000 and publication; fee: $25 ($15 for members of Winston-Salem Writers) | wswriters.org/flying-south @wswriters with @submittable HT @newpages pic.twitter.com/DhfbAFuyCI

Deadline Jun 5: The winner of the Lorca Latinx Poetry Prize for an emerging Latinx poet will receive Spanish translation and bilingual publication of their unpublished English-language ms and $500 from Letras Latinas; no fee | ecotheo.org/about-the-lorc… @ecotheo HT @hopeclark pic.twitter.com/Auz7EAWqws