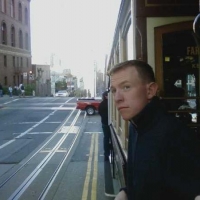 Bruce Lack, born and raised in Mid-Michigan, served honorably in the United States Marine Corps from 2003-2007. He deployed twice, spending twenty-one months in Fallujah, Iraq. Returning to his home state in 2007, he was thrilled to find his fiancée and a talent for relating his experiences in war to civilians. He graduated Magna Cum Laude from Western Michigan University in 2011, and he is currently a Cornwell Fellow in the University of Michigan’s MFA Program in Poetry. His poetry won second place in the 2010 Winning Writers War Poetry Contest, and has also appeared in the Rufous City Review. He lives in Ann Arbor, Michigan with his wife and cats.

Winning Entry: FNG, Get Some, Hadji