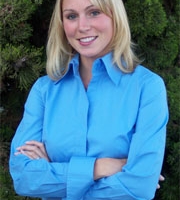 Carrie Preston is an Assistant Professor of English and Women's Studies at Boston University. She is married to a Marine who was deployed to Iraq from January through August 2007 and is currently stationed at the Marine Corps Recruiting Depot, San Diego. Her poetry records the joys and contradictions of being a pacifist who loves a fighter pilot in a world shaped by constant war. Her poems have recently appeared in LocusPoint, Ellipsis, and Red Cedar Review, and a chapbook of her work was published by Lake Effect in 2004. Honors include third prize in the 2006 Winning Writers War Poetry Contest.

Winning Entry: You Haven’t Killed Anyone

Winning Entry: I Also Married the War, The camis come out, War Paperwork

Winning Entry: Baking Bread One Morning of My Country’s Dying