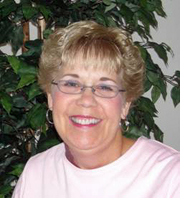 Debbie Fox, a retired RN, is an award-winning writer and a St. Louis Writers Guild Member of Distinction whose work has appeared in books, magazines, and newspapers. After living in Southern California for twenty-five years, Debbie returned to her Midwestern roots in 2005 where she now lives in a small village with her Coton de Tulear puppy Kobe. Despite innumerable challenges and overwhelming sadness in her life, Debbie seeks to understand the lessons imparted and looks to the Lord for strength. You'll always find her smiling, and her writing, often tinged with humor, reflects her positive attitude. Debbie is the author of a memoir, Living in My Skin, Even if it's Purple, her story of living with an extensive port wine stain and of handling the encompassing problems associated with her difference.