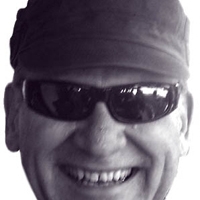 Ed Coonce is an artist, writer, actor, and creative director for Theatre Arts West. He resides in Encinitas, California. His latest two books, East Hell Boulevard, an anthology of satire and humor, and Fun With Our Friends, a parody of the original Dick and Jane series of elementary school books, are nearly ready to submit to a publisher. He is a USMC Vietnam vet, and his memoir, The Photograph, was nominated for a Pushcart Prize recently by the Bocapa Literary Review. He has starred in a 90-minute musical/film in which he acts, sings, dances, and designed and built the sets. It is titled "Angel Girl", an endearing story about the first colonists on Mars. It is in post-production and should be released by the end of this year. Listen to Ed read some of his stories on his East Hell Live podcast.

Winning Entry: And Now, The News

"Why I Don’t Use the Word Nigger" by Amber Edwards, Honorable Mention in our 2020 Tom Howard/Margaret Reid Poetry Contest | winningwriters.com/past-winning-e… pic.twitter.com/aRVszJqaLk

"Reasons your agent may have gone quiet since receiving your manuscript..." a comic by Joe Berger and Pascal Wyse for @guardian | theguardian.com/lifeandstyle/p… @BergerAndWyse pic.twitter.com/DMrxnRWQeq