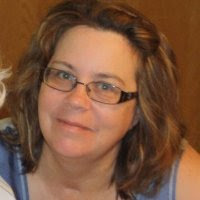 On Twitter (@EPeevie) I describe myself as a "writer trying to find her place and purpose in the world." You would think that at age 53, I would have already figured those things out—but they are moving targets. I've aimed for a career as a writer since I wrote a "Where Will I Be in Ten Years" essay in tenth grade describing my future life as a magazine writer living in the mountains of North Carolina. To this day I don't know if North Carolina even has mountains—but I never stopped writing. I write journals and autobiographical snippets that will eventually become a best-selling memoir; I completed my first novel earlier this year. My flash fiction story "The Writer's Group" recently won a runner-up prize from a Women on Writing contest. My gainful employment has always involved a great deal of writing, and I have made a career prostituting my writing skills as a freelancer (Eve Bradshaw and Associates) for a variety of public, private, and corporate clients. Writing for clients pays the bills, but it doesn’t feed my soul; and so I started blogging about poop, fruit flies, accidental felonies, and other annoyances in 2007. The Green Room has attracted upwards of seven loyal followers.