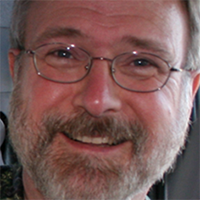 George H. Northrup has been President of the Fresh Meadows Poets in Queens, NY since 2006 and a Board member of the Society that selects the Nassau County Poet Laureate since 2009. In the last three years, his poetry has appeared in more than 30 journals and anthologies. Recent publications include Avocet, Bards Annual, First Literary Review–East, Form Quarterly, Freshet, Long Island Quarterly, The New York Times, and the Performance Poets Association Literary Review. His chapbook, You Might Fall In, was published in 2014 by Local Gems Press. George was President of the New York State Psychological Association in 2009, and served on the Council of Representatives that governs the American Psychological Association from 2012-2014.

.@griffinpoetry will award CDN$65,000 for the best collections of poetry in English published during the preceding year. Two categories: International and Canadian. The Dec 31 deadline is for books published between Jul 1-Dec 31. No fee. Publisher submits. griffinpoetryprize.com/the-prize/ pic.twitter.com/XJuuMGkmiE