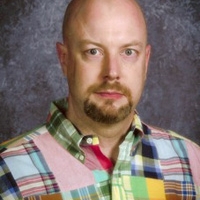 Since publishing his first work, a play, at the age of eighteen, Gregory Loselle has won four Hopwood Awards at the University of Michigan, where he earned an MFA. He has also won the Academy of American Poets Prize, the William van Wert Fiction Award from Hidden River Arts, and the Ruby Lloyd Apsey Award for Playwriting. Most recently, he is the winner of the 2009 Lorian Hemingway Short Story Competition, the Robert Frost Award from the Robert Frost Foundation, and the Rita Dove Prize for Poetry (where he took both First Prize and an Honorable Mention) from Salem College. A chapbook, Phantom Limb, was published in 2008, and another, Our Parents Dancing, in 2010, both from Pudding House Press. His short fiction has been featured in the Wordstock and Robert Olen Butler Competition anthologies, as well as in The Saturday Evening Post, and his poetry has appeared in The Ledge, Oberon, The Comstock Review, Rattle, The Spoon River Poetry Review, The Pinch, Alehouse, Sow's Ear, and online in the Ambassador Poetry Project. He teaches secondary Language Arts and Art History in Grosse Ile, Michigan, drilling his students in the distinctions between can and may, good and well.