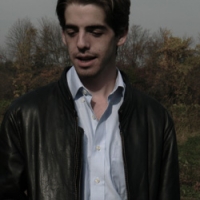 Ian Schwartz was born in Brooklyn, New York on November 6th, 1987, and he moved to Mount Desert Island, Maine, when he was six years old. He is currently a third-year student studying literature at Hampshire College in Amherst, Massachusetts. He will be in Bali teaching English from January to May of next year. He has been writing roughly since the time he left the City; his current project is a book of fantastic adventure and romance that takes place in Renaissance Italy and Byzantium. Poetry is more a recent endeavor; he was inspired to write his first poem when a beautiful woman on horseback smiled at him two years ago. His favorite poets include Shakespeare, Yeats, Ovid, Tennyson, Borges, Petrarch, Dante, Whitman, Homer, and Sappho.

Winning Entry: The Dust of Paradise