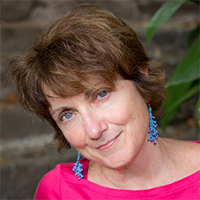 Jacqueline Sheehan is a New York Times Bestselling author. She spent twenty years in Oregon, California, and New Mexico engaged in painting houses, photography, journalism, clerking in a health food store, and directing a traveling troupe of puppeteers. She became a psychologist on her way to becoming a novelist. Her sixth novel, The Tiger in the House, was published in 2017.