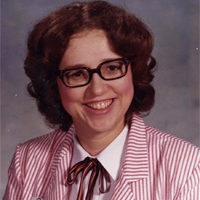 Janet Ireland Trail spent the first twenty years of her life traveling and observing the world as the daughter of a colonel in the United States Army. For forty years, she taught English, journalism, and creative-writing in high school and college. Along the way, she married and raised two children. Retired now, she writes all genres as well as creates color-pencil art. Among others, her publications have been featured in the Greensboro News and Record, Kakalak Anthology of Carolina Poets, Pinesong, Bay Leaves, the Moonshine Review, North Carolina Education, The Little Red Tree 2010 Poetry Book, The Writerâ€™s Journal, and Lucidity Poetry Journal. In 2010, she won second prize and in 2012, first prize in the annual Artists Embassy International Dancing Poetry Contest. She was a poetry finalist in the Salem College International Literary Awards in 2010 and 2011. Her mini-chapbook, Finding a Time to Die, was published by Bear House publishing in 2011.