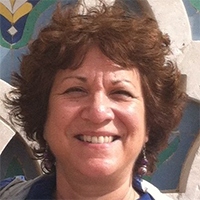 Janet received her MFA in Fiction writing from Spalding University in 2013 and since then has won Harpur Palate's 2014 John Gardner Memorial Prize in Fiction, appeared as an Editor's Pick in Pooled Ink: Celebrating the 2014 Northern Colorado Writers Contest Winners, and third place in the 2015 Stoneslide Corrective's Short Story Contest. She has been published in several other print and online literary magazines. She lives in Berkeley, California but spends as much time as possible in Charlevoix, Michigan in the summer. You can read her published work on her website and follow her on Twitter.

Winning Entry: Las Meninas: The Alchemy of a Life