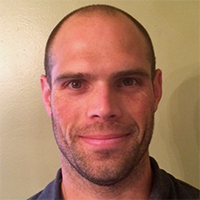 Jason Stajduhar graduated from the University of Virginia, earning a BS in Computer Science, and George Mason University, earning an MS in Software Engineering. He has written poetry and children's stories as a hobby for 15 years. Jason was a finalist in the 2013 First Amendment Writes poetry competition and has been published on smories.com. He now lives in Charlottesville, Virginia with his wife Austin and children Daniel and Lillian.