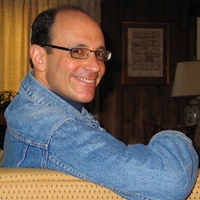 Jay Rogoff's third book of poems, The Long Fault, appeared from LSU Press in 2008. His earlier books include The Cutoff (Word Works, 1995) and How We Came to Stand on That Shore (River City, 2003). LSU will publish his next book, The Code of Terpsichore, in 2011. His poetry and criticism often appear in such journals as The Georgia Review, The Kenyon Review, Literary Imagination, Ploughshares, and The Southern Review.

"Cultural Notes from the Commune" comes from his recently completed book-length sequence, Enamel Eyes, a historical fantasia on Paris in 1870-71, which views the Franco-Prussian War, the siege, and the Commune through the lens of the period's art, especially the ballet Coppélia.