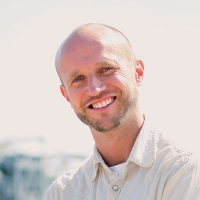 Jeremy Kamps' plays have received awards and recognition including The Ruby Lloyd Apsey Award (Gutting), The Goldberg Prize (winner runner-up), Woodward International Playwriting, Hudson Valley Writers Center, and the NYU Festival of New Works (Water Hyacinth). He has qualified and noted as finalist/semi for the Juilliard School,The Lark, Princess Grace Award, and the Eugene O'Neill Playwriting Conference. His work has been produced by UglyRhino (What It Means To Disappear Here), Brave New Works (Freddy Loves Jason), Hudson Valley Shakespeare (Workshopping Will, Contact Sheet, The Awesome News) and Fresh Produce'd (The Awesome News). Staged readings include The Cherry Lane Theatre, with the Amoralists, Theatre Breaking Through Boundaries, and at New York Theatre Workshop. His fiction is published in various literary magazines, acknowledged for awards in Glimmertrain, Inkwell, The Caribbean Writer, and New Millennium. Jeremy is an educator and helped found a school to address the achievement gap. His work has led him to many places in the world including Latin America, India, and East Africa where he worked two years with NGOs focused on responses to HIV/AIDS, peace building, and meeting the needs of street children and youth affected by war.