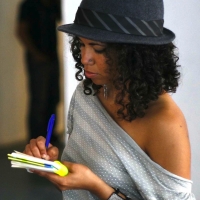 JoAnn DeLuna is a bilingual journalist and poet originally from Texas, a self-described Texican. Her journalistic work has been published throughout the US, UK, Netherlands and India, while her poetry has been published in anthologies in Texas and New York. She received her journalism master's from City University London.