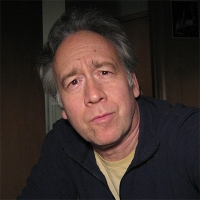 Jon Fain graduated from Bard College. He works as a freelance editor and writer.

Over the last 30 years, he has published dozens of short fiction pieces in print and online publications. Stories of his can be found on the websites for Menda City Review, Word Riot, anderbo, Diddle Dog, and others. His story collection Lovers and Other Losers was a finalist for the Sandstone/Ohio State Short Fiction Prize, and his story "Endpapers" won first place in Verbsap's Burning Books Contest.

He lives in Massachusetts with his wife, Terry Szold.