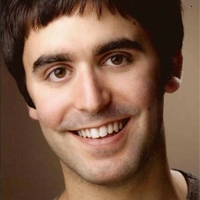 Josh Lefkowitz is a graduate from the University of Michigan, where he received the Hopwood Award for Poetry. His stories and poems have been published in numerous journals online and in print, including Conduit, The Rumpus, Mr. Beller's Neighborhood, Freerange Nonfiction, Ohio Edit, and Open Letters Monthly. He has performed two autobiographical solo pieces—HELP WANTED: A Personal Search for Meaningful Employment at the Start of the 21st Century and NOW WHAT?—in theaters and spaces across the country. Additionally, Josh has recorded humorous essays for NPR's All Things Considered and for BBC's Americana. He received a Young Artist grant from the DC Commission on the Arts and Humanities, and an Associate Artist appointment from the Atlantic Center for the Arts. He lives in Brooklyn, NY, and has most recently completed his first full-length poetry manuscript, titled Women of New York!