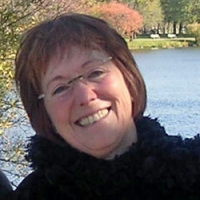 Judith Ford is a psychotherapist and writer whose fiction and poetry have appeared in many literary journals. She has been nominated twice for Pushcart prizes, for poetry in 2000 and for fiction in 2001. She won the 2005 Willow Review Award for Prose. She is currently working on a memoir, Fever of Unknown Origin.