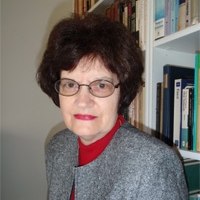 Widely published in academic and creative writing, former college president Dr. Lynn Veach Sadler has six poetry chapbooks out and another and a full-length collection in press. One story appears in Del Sol's Best of 2004 Butler Prize Anthology; a novel will soon join her novella and short-story collection. She won the 2009 overall award of the San Diego City College National Writer's Contest and Wayne State's 2008 Pearson Award for a play on the Iraq wars. She has traveled around the world five times, writing all the way, and works full-time as a writer and an editor.