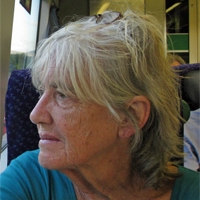 Mari Grana left a California career in urban planning to move to New Mexico to write. She has published several books on women in medicine as well as on New Mexico history. Her memoir, Begoso Cabin, won the Willa Cather award in 2000.