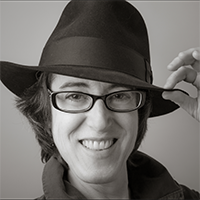 Marian Pierce has worked for Japan's National Public Radio, backpacked in the Himalayas, and traveled to India four times. She received her MFA from the Iowa Writers' Workshop, where she was awarded the James Michener Fellowship for excellence of prose style in fiction. Her stories have appeared in GQ magazine, Portland Monthly Magazine, Story, Hospital Drive, The Mississippi Review, Confrontation, Puerto del Sol, Yomimono, Creative Writers' Handbook, The Wordstock Ten, Scribner's Best of the Fiction Workshops 1997, Yoga Rahasvya, the Japan Times newspaper and other publications. She has won fellowships and awards from GQ magazine, the MacDowell Colony, Literary Arts, the Oregon Arts Commission, the Kimmel Harding Nelson Center for the Arts, and the Wordstock Literary Festival (now called the Portland Book Festival), among others, and was shortlisted for the David Wong Fellowship at the University of East Anglia for an author writing about the Far East. She was a semi-finalist for the Bakeless Literary Prize, sponsored by Bread Loaf Writers' Conference, and a finalist for Moment Magazine's best short story on a Jewish-American theme. She has taught creative writing at Marylhurst University, the Iowa Summer Writing Festival, and the UCLA Extension Writing Program. She currently works as a freelance editor and writing coach, and is a longtime practitioner of Iyengar yoga.