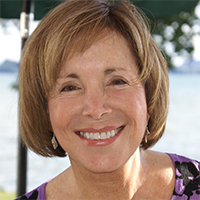 Marilyn L. Taylor, former Poet Laureate of the state of Wisconsin (2009 and 2010) and the city of Milwaukee (2004 and 2005), is the author of six poetry collections. Her award-winning poems and essays have appeared in many anthologies and journals, including Poetry, The American Scholar, Able Muse, Measure, Aesthetica, and in the Random House anthology titled Villanelles. Marilyn taught for fifteen years for the English Department and the Honors College at the University of  Wisconsin-Milwaukee. She has facilitated independent poetry workshops throughout Wisconsin and across the country, from California to Connecticut. She also served for five years as a contributing editor for The Writer magazine, where her column on craft appeared bimonthly.

Marilyn moved from Milwaukee to Madison, Wisconsin in 2012, where she continues to write, and to teach under the auspices of Lawrence University's Bjorklunden Seminar Center and the University of Wisconsin-Madison's Continuing Education programs.