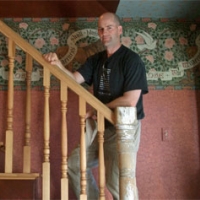 Matt used to write advertising copy for a New York publisher; now he teaches English in Idaho. He's married, has four daughters, and one pug puppy, Bobo. He has the honor of being Central Elementary's two-time spelling bee champ and "Mr. Jerome High School". After twenty-five years of being a self-taught unicyclist, he gave his one-wheeler to his neighbor, Randy, who has since moved to Colorado. He still dreams about the afternoon he rode the log flume ride at Knotts Berry Farm, just inches ahead of the car in which Michael Jackson rode with his bodyguards.