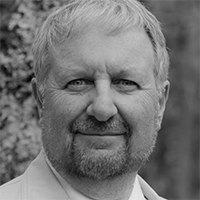 Michael Forester was born with a pen in his hand. His first published creative work, If It Wasn't For That Dog, was about his first year with his beloved hearing dog, Matt. This was followed a mere 10 years later by Dragonsong, an epic fantasy novel in rhyming verse. Dragonsong is available on Amazon and through his website.

He is a Winchester Writer's Festival prize winner and has been short or longlisted three times in the International Fish Writing Contest.

His first novel, Vicious (a story of Punk Rock and the second coming of the Messiah), was showcased by The Literary Consultancy in November 2015. His short story collection The Goblin Child will be published in Autumn 2016.