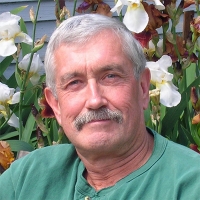 I grew up in Eastern New Mexico, and spent nearly thirty years as a newspaper journalist in the Southwest and Pacific Northwest, covering just about everything but sports. I wrote about subjects ranging from outlaw motorcycle gangs to the failed nuclear power industry in the Northwest to labor disputes to the region's high-tech industry. I freelanced for regional magazines before my life took an abrupt turn. My love of the written word began as soon as I could read and I can't remember ever being without books. My love of baseball started at about the same time. Following my retirement from journalism in 1998, I began my second career in baseball, as one of three partners in a company called Dave Henderson Baseball Adventures, which produces the Oakland Athletics and Seattle Mariners fantasy camps as well as a number of competitive adult amateur baseball events throughout the country. The bonus is being able to play year round. My life as an old man baseball player has also afforded me time in recent years to resume writing. I am the author of About Time (no, not the movie—my book came out first), a humorous science fiction novel, and its as yet unpublished sequel, Wasting Time. I divide my time among Spokane, Washington, Phoenix, Arizona, and Fort Myers, Florida.

Winning Entry: The Fountain of Youth