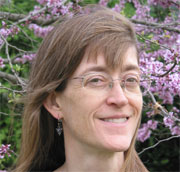 As the oldest of four children in a US Foreign Service family, Paula Smith lived in Argentina, Mexico, Spain, Peru and Romania. After earning degrees from Swarthmore College and Cornell University, she accepted a faculty position at Grinnell College in Iowa, where she eventually chaired the English department, served four years as Associate Dean of the College, and was selected to teach college courses in London, England during 2002-03. It was here that she discovered the 1940 drawings of Henry Moore. These wartime drawings show human figures in the air-raid shelters that were improvised in stations of the London Underground. Paula Smith's poetry and fiction has been published in journals including The North American Review, Bellevue Literary Review, Flyway, Red Cedar Review and others. Her previous awards include Grand Prize in the 2006 Evolution Poetry Contest (Society for the Study of Evolution). With her husband and two children, she lives in a 1917 house in small-town Iowa, except when the chance arises to travel again in the world.