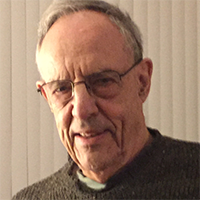 Winning Entry: My Brother In Law Leaves the World