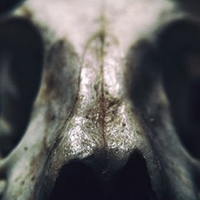 Sarah Cannavo is a writer of prose and poetry living in southern New Jersey, a short trip from the Pine Barrens. Her poems have appeared in anthologies such as Where the Mind Dwells, Carrying On, and Untimely Frost, and will be included in the upcoming collection Darkling's Beasts and Brews. Her short stories will be appearing in the horror anthologies Postcards from the Void and Schlock! Horror! She's currently trying to finish writing a novel and has told herself that she's really going to do it this time, and has recently finished putting together her first collection of poetry. When she's not working on these and other projects, she sometimes manages to blog about these and other projects on her site, The Moody Muse.

Winning Entry: The 5 Stages of Being on Hold