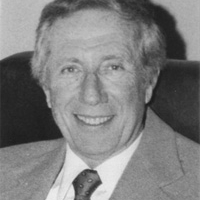 Sherwin Kaufman is a retired physician living in New York with a new career as a pop composer and lyricist. A recipient of many songwriting awards, he was anAmerican Songwriter lyric contest winner for "The Power of Prayer", a song subsequently recorded by the Nashville gospel duo, Partners in Praise, on REF Records. He was runner-up in another American Songwriter contest for "Tell Us What You See", which was showcased in New York by MAC and ASCAP. Still another song, "Sleep in Peace, God is Awake", won first place in a Songwriter's Association of Washington song contest, as well as in Songwriters Monthly.

His songs are in many genres: country, pop, gospel, folk, inspirational, anthems and children's. Kaufman has had songs released by Hal Leonard Publishing and Reader's Digest Music. A member of ASCAP, he has also been a member of The Recording Academy as well as a board member of the Songwriters Guild of America. And he cherishes his correspondence with, and meetings with, the legendary Sammy Cahn.

Sherwin Kaufman's musical career began as an accompanist and classical piano soloist with the Columbia University Glee Club. This was interrupted by medical school (Cornell) and many years of successful medical practice in the grateful and growing field of infertility. Some of his classical background comes through on a few of his inspirational and love songs, where he married his lyrics to melodies by Brahms, Schumann, Beethoven and Chopin. He also has an album called "Klassical Kids", in which he plays children's songs in the style of great composers (wanna hear "Chopsticks" played by Chopin?). These were donated to "Education Through Music", a much-needed organization devoted to music for children, a subject poorly represented in so many of our schools.

Sherwin Kaufman has collaborated successfully with other songwriters. The anthem "Sing America" (co-written with Brian Muni) celebrates the immigrant experience and was featured in an Ellis Island Medals of Honor awards gala. Sherwin, himself an immigrant, is a grandson of the author-humorist, Sholom Aleichem, whose stories inspired the musical, "Fiddler on the Roof".

Sherwin has also written music for songs with lyrics written by others, such as "The Guess Who Zoo", an entertaining and educational children's album with delightful lyrics by Howard Eisenberg. And he wrote the music for a song, "I Met You Before", lyrics by Sherwin's sister, Bel Kaufman, author of the classic book, Up the Down Staircase.