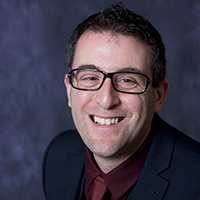 Simon lives in Carlow, Ireland. He works as the principal of his local Educate Together primary school. He is well known in education circles for his views on technology in education and has written several publications in this field. He also cares passionately about equality, particularly in education, and campaigns for equal opportunities for children in schools.

His first collection, Jewtown (Doire Press, 2016), was a finalist in the Shine/Strong Award. He was the winner of the Hennessy Prize for Emerging Poetry and the runner up in the Patrick Kavanagh Poetry Award in 2015. He has also been widely published in many literary journals and magazines including Poetry Ireland Review and The Stinging Fly. His second collection, Ah, Men! (Doire Press) will be published in October 2019.