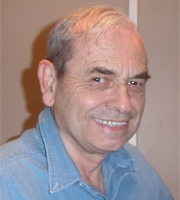 Tom Berman has been a member of Kibbutz Amiad in the Upper Galilee, Israel for over 50 years. He grew up in Glasgow, Scotland, having arrived there aged 5 from Czechoslovakia with the Kindertransport in 1939. He is a scientist whose poetry has been published here and there, now and again, and was Editor in Chief of the annual Voices Israel Anthology from 2003 to 2006. Amazon.com is still trying to dispose of a book of his poems (Shards: A Handful of Verse). He is married with one wife, three daughters, seven granddaughters, one grandson and one dog.