Jem, A Girl of London 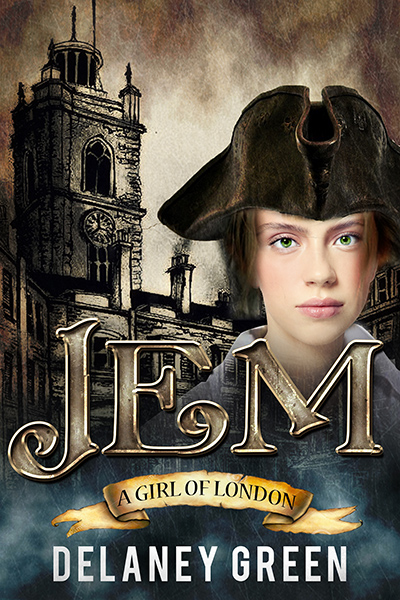 Jem, A Girl of London by Delaney Green was one of my favorite fiction books in the contest, despite some considerable problems. In other words, the strengths of this historical novel outweigh the weaknesses. Set in eighteenth-century London, the book tells the story of Jenna Connelly, orphaned as a young girl and forced to use her considerable wits to survive unbearable loss and poverty. The opening scene, in which her father is killed in a coal mining accident, is riveting and skillfully sets the stage for her journey through adversity. The imagery throughout the book is evocative, and the grammar and syntax are flawless.

The book is impeccably researched, and I enjoyed learning about this historical time and place; the details about eighteenth-century medicine and herbal healing were especially fascinating. Perhaps the author's greatest achievement is creating a story that is a wonderful read for both adult and YA readers. I would have adored this book as a thirteen-year-old who was very interested in history and science, and I enjoyed it immensely as an adult in a judging role.

However, as the book progressed I became more and more bothered by the near implausibility of the plot. Too many events fell into perfect place, propelling Jem into a series of situations that lifted her almost magically out of poverty and into a career in medicine. For example, Jem's mother, the wife of a poor coal miner, was in possession of valuable jewelry and coins. This seemed implausible to me from the start, as did her relationship with Ben Franklin, who just happened to be in London at the time and who cheerfully acted as Jem's mentor and friend. Spoiler alerts prevent me from providing too many plot details, but I think a strong editorial hand would have been helpful in this regard.

I think that investing Jem with paranormal powers was a strategic mistake. I wish Jem had become a healer through the power of her own considerable intellect, not through some magical power that she inherited from the women in her family. Jem is a wonderful literary heroine, but she would have been a much stronger role model had she acted out of her own agency. While I appreciate the author's idea to blend genres—YA fiction, historical novel, paranormal/sci-fi, and an adventure story about a young girl who has to cross-dress in boy's clothes to survive—I could sense the strain in the author's attempt to weave together so many genres. The strength of the novel was its flawless depictions of a historical time and place. The paranormal plot line detracted from rather than enhanced my enjoyment of this historical setting. These criticisms, ironically, point out the strength of the author's writing style, because I kept wanting to turn the page despite these problems.

The printed book was aesthetically pleasing, with good cover art, readable font, and a strong binding.

Excerpt from Jem, A Girl of London