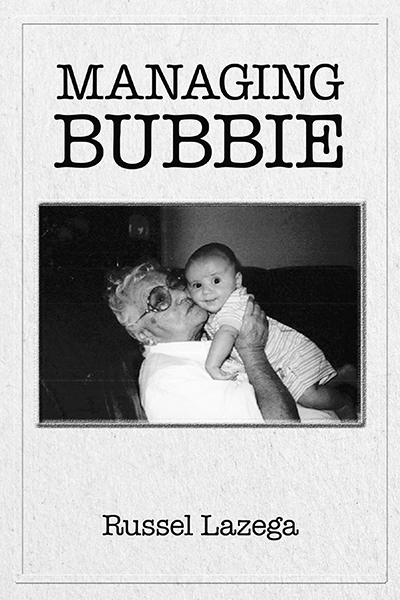 Russel Lazega's exciting and humorous account of his grandmother Lea's escape from Nazi-occupied Poland reminded me of my favorite Mel Brooks movie, To Be or Not To Be. The Jewish comedic tradition—prickly, pessimistic, absurd—was forged in the furnace of centuries of persecution and diaspora.

In the modern-day sections of the memoir, Lazega's "Bubbie" (Yiddish for grandma) is a stubborn, opinionated Miami retiree who could be the model for Sophia on "The Golden Girls" sitcom. Her family is concerned that she's too frail for independent living, but she's gotten herself kicked out of six nursing homes in five months. However, as the parallel story of her Holocaust years unfolds, one starts to believe Bubbie is capable of super-human feats of survival, or at the very least deserves to go out on her own terms.

This book took some structural risks that paid off. Our contest received quite a few nonfiction entries set in significant historical periods (World War II and the Civil Rights Movement were especially popular), where the author had not actually lived through those events but was telling another relative's story. Most of these books made the mistake of hewing too closely to the memoir form, straining to center the narrative on the author when her life was only tangentially related to the main action. By contrast, Managing Bubbie braids the family history and personal memoir together, interspersing the dramatic reconstruction of Lea's flight across Europe with broad-humored anecdotes from the 1980s that invite us to share Lazega's love for his feisty grandmother. The lighter tone of these episodes was a welcome relief from the tension of the European narrative.

The risky aspect of multiple storylines is that sometimes they compete for attention. Plot threads are left dangling in the interest of keeping the book brief and fast-paced. If I can speculate on the author's process, I'd guess that the Holocaust narrative took over his original intention of writing a memoir about caring for a sometimes-uncooperative elderly relative. It was a good choice to go where the action was, but it created a mismatch between the book's real focus and how it is framed in the title and jacket copy. The Yiddish term of endearment in the title, and the sweet photo of baby Russel and Bubbie, give clues to the book's heart and its cultural heritage but would not effectively sell it to the large number of readers who buy World War II nonfiction.

A family tree at the beginning would have greatly helped this reader keep the characters straight. They had lively personalities and were mostly relevant to the story, but it was distracting to stop and remember the difference between Esther, Eva, and Evelyn. Bubbie's European relatives came in and out of the narrative quickly as she sought refuge in one country after another. It was unclear exactly how the aunts, uncles, and cousins who made walk-on appearances in the modern-day sections were all related.

The book design was clear and readable. The CreateSpace print copy held up to multiple readings. Two distinct typefaces kept the 1940s and 1980s storylines clear. The archival photos helped bring the characters and time period to life. An enjoyable read!