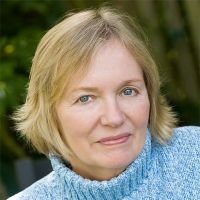 Alice Owens Johnson was born in New Orleans in the 1940s. She has published short stories and nonfiction in such publications as the The Lyricist, Pembroke Magazine, The Guilford Review, and the O. Henry Festival of Stories. Her stories have appeared in two other anthologies: The National Story Project entitled I Thought My Father Was God, edited by Paul Auster, and Alice Redux, Stories about "Alice in Wonderland" and Lewis Carroll. Her story about two black sisters living in rural Mississippi, "Saturday's Child", won first prize and was published by the literary magazine The Crucible. In 2008, she won first prize from the Tennessee Writers Alliance for her short story "A Soft Tread". The story appeared in the online magazine Maypop in its inaugural issue in October 2008. "Mrs. Peacock Did It in the Conservatory" was a finalist in the 2008 Mighty River Short Story Contest. Her nonfiction piece, "A Thousand Times No", won an honorable mention in the New Millenium Writings Contest for Fall 2008. Alice had two poems accepted for the 2009 edition of Kakalak, An Anthology of Carolina Poets, one an honorable mention. In addition, she was a finalist in the 2009 Doris Betts Fiction Contest and an honorable mention in the New Millennium Writings nonfiction contest for Spring 2009. Her poem "Gumbo" appears in the anthology The Sound of Poets Cooking, published in 2010. Her poem "The Perfect Curtsy" was chosen by North Carolina Poet Laureate Cathy Smith Bowers for the website of the Great Smokies Writing Program in Asheville, NC. Her piece about crepes and the French Revolution '68 now appears in an anthology called Let Them Eat Crepes.