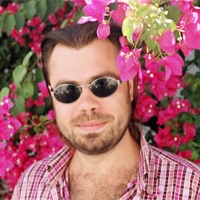 Alistair Isaac studied Japanese literature at Harvard University, graduating in 2000. After several years pursuing his interests in music and filmmaking, he has returned to academia and is currently a graduate student in philosophy at Stanford University. His interest in poetry dates back to his earliest attempts at lyric writing in high school. As an undergraduate, he maintained a humorous website collecting haiku he wrote in Japanese class (usually on the topic of his instructor's tantalizing beauty). He recently combined his interest with poetry with his interest in philosophical linguistics by writing a software program which uses automata theory to generate random haiku.

Winning Entry: Song of the Humpback