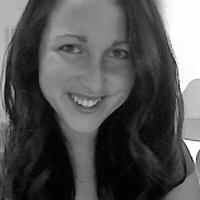 Arielle Kaden is a rising Junior at Randolph High School in New Jersey. She lives with her Mom, Dad, Sister, and Brother. She loves to write and when she is older she hopes to make writing her profession. She is thrilled to see her first short story "8 Missed Birthdays" be recognized in the Tom Howard Short Story Contest. She would like to dedicate it to her family who has always supported her writing, her synagogue, Hebrew school, and Public school teachers who taught her about the Holocaust, and lastly, she would like the story to be dedicated to the 11 million innocent people who lost their lives in the Holocaust; six million Jews, five million others which include Gypsies, Prisoners of War, Jehovah's Witnesses, Political prisoners, Homosexuals, the Disabled, and various other religions and minorities.