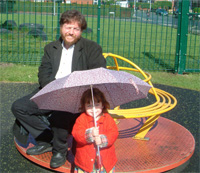 His translation of the Hebrew national poet, Songs from Bialik: Selected Poems of Hayim Nahman Bialik (Syracuse University Press 2000) was a finalist for the American Literary Translators' Association Award 2001 and poems from it appeared widely.

In 2007 his poems won the Tricinium prize from McDowell Arts Colony, the New England Poetry Club's Daniel Varoujan award and the Ellen La Forge prize from the Grolier poetry bookstore in Harvard Square. His poems "Summer Rain" and "Two Lights" won an Honorable Mention in our 2003 War Poetry Contest.