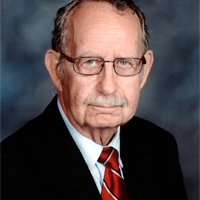 William F. (Bill) Cento was born in St. Louis, MO, 80 years ago. He currently lives in West St. Paul, MN. During his 60+ year newspaper career, he was Suburban Editor of the now defunct St. Louis Globe-Democrat, Managing Editor of the new defunct St. Paul Dispatch and retired in 1990 as Associate Editor of the St. Paul Pioneer Press. During a 99-day strike by the Newspaper Guild against the Globe-Democrat in 1959, Cento served as Unit Chairman. Vera Shaide Van Valkenburg became his bride on May 16, 1964, and he cared for her during her five-year struggle with severe dementia. She died on Dec. 3, 2006.

He says of the inspiration for "Another Crossing": "I felt I needed time and space alone this evening in May 2007. So, I went to the Crowne Plaza Hotel in downtown St. Paul and took the glassed-in elevator to the top—to the Carousel restaurant—where I had a martini, soup, a very good steak and a favorite after-dinner drink, which I sipped while writing this piece about crossing another bridge along my crooked path to a new life." This poem is included in a book, Alone/For All Those Who Grieve, available on Amazon or online at www.itascabooks.com or call 800-901-3480 x118.