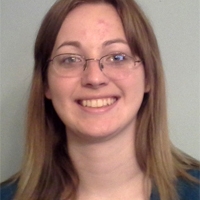 Cassandra writes from Keizer, Oregon. She is currently enrolled at Chemeketa Community College to complete her prerequisite courses before moving on to the University of Oregon. She is majoring in Cinema Studies. She has two short stories published: "Painter Girl" and "The Anklet". The former story is in the 2012 Summer issue of Calliope, and the latter story is in the 2013 Winter issue of the same magazine.